Another set of overdue notes coming through, this time from a great dinner at Oscillate Wildly with a small set of friends. Some of my favourite dishes from the night are in the photos below; 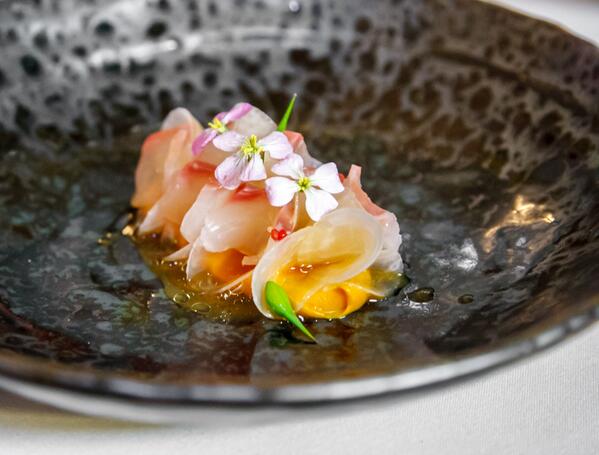 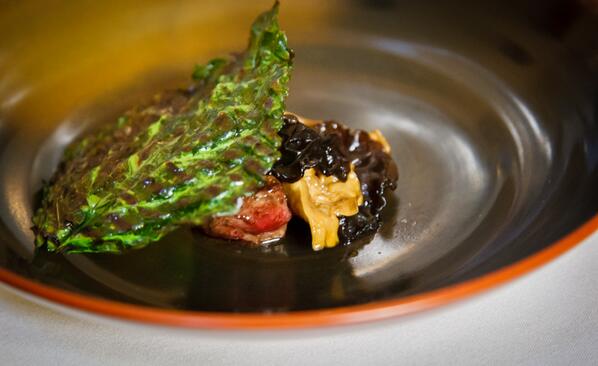 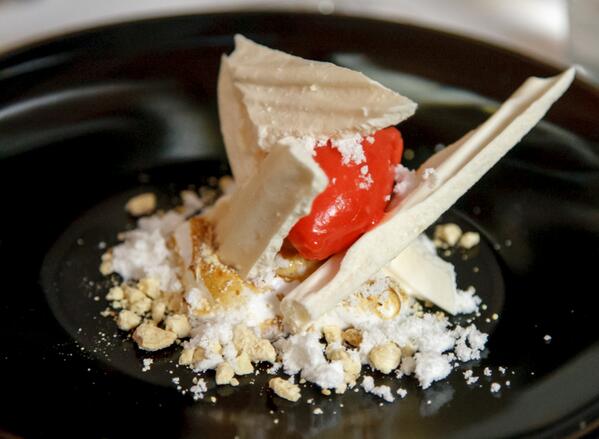 NV Jacques Selosse Champagne Brut Initiale – France, Champagne
Disgorged 30/04/2013. Lemon, violet florals, ginger snaps and a light nuttiness that adds a layer to the nose that really appeals. The palate shows grand power, it is layered and intense with the pure vibrancy of the fruit also permitted to shine through. Would have been happy to drink this all evening! 92/100

2005 Domaine Matrot Meursault 1er Cru Les Perrières – France, Burgundy, Côte de Beaune, Meursault 1er Cru
Quite fresh on the nose, it starts of with lemon, green apple and white florals and is followed by some pistachio as perhaps the only sign that it has much age on it. The palate has a richness that also has drive behind it and there is a saline streak that I adore in this type of wine. I don’t think it is a bottle for extreme long term aging but it is showing so well now and should continue over the shorter-medium term. One of the best bottles I’ve had from this producer. 92/100

2011 Domaine Armand Rousseau Père et Fils Gevrey-Chambertin 1er Cru Clos St. Jacques – France, Burgundy, Côte de Nuits, Gevrey-Chambertin 1er Cru
Served blind. Redcurrant, cherry and roses along with meaty and earth styled aromas, as well as some toasty oak showing through. The palate shows superb balance between the pure red fruit and some complex savoury elements. This is the perfect example of the beauty of Rousseau in its youth. 93/100

2005 Bouchard Père et Fils Beaune 1er Cru Grèves Vigne de L’Enfant Jesus – France, Burgundy, Côte de Beaune, Beaune 1er Cru
Served blind. Decanted for 4 hours and apparantly had tightened up quite a bit since opening. It was still quite perfumed with raspberry, rhubarb, violet and some earthy hints. The structure is firm, with the youthful fruit and a good lift of acid providing a little bit of respite, but still feels like this needs plenty of time. 92/100

1996 Antinori Tignanello Toscana IGT – Italy, Tuscany, Toscana IGT
This seems more Cabernet-like at the moment, even though I know it isn’t a large % of the wine. Blackcurrant, cherry, smoke/ash and chocolate. Medium bodied palate, it isn’t super complex but it has some slightly plush fruit and the tannins still provide it with grip. Had a small amount left over two nights later and it was still drinking really well, so it likely has some time left to develop. 91/100

2009 Pedro Balda Rioja Majuelo de la Rad Cosecha – Spain, La Rioja, Rioja
Cherry, raspberry, tobacco and some oak. Really good texture on the palate and a light touch with the tannin structure, this would match quite a lot of types of food. Very youthful but will improve for sure. Was glad to try this as I’ve been keen to for some time! 91/100

2003 Gunderloch Nackenheim Rothenberg Riesling Auslese – Germany, Rheinhessen
Pear, grapefruit, spice and peach aromas. Lovely balance, it has really good acidity behind it and as a result the sweetness doesn’t at all stand out. This grew the longer it was in the glass. Super good stuff. 91/100